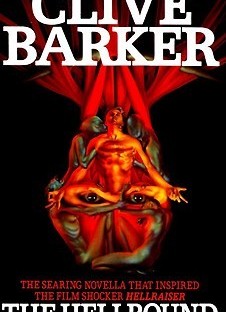 This was… bizarre. This is one of those books that makes me think I need to read some essays and interviews before I can understand it. I buddy read this with Destiny in preparation for the Hellraiser remake because (surprise to me!) this was the novella that Hellraiser was based on! Having never seen the film and going into this pretty cold (I knew what Pinhead looked like and that was it), I was definitely… surprised. My first read by Clive Barker was a middle grade horror novel, so this adult erotic horror novella was a bit of a turn.

Unfortunately, I just don’t feel like I got this. The writing was excellent – Barker certainly has that going for him – but the story itself was too bizarre for me to follow. I somehow only learned Barker was gay after reading this and I think having that lens would have been helpful for me to get more out of it.

Harvey had climbed the porch steps by now, and stopped in front of the open door. This was a moment of decision, he knew, though he wasn’t quite certain why.

This was a quick little MG/YA fantasy read with a pinch of horror. Harvey Swick is a kid dealing with the dreariness of mid-winter who wants some excitement in his life. And he gets exactly what he wishes for — kind of. Harvey is whisked away to a magical house, where he can play with other children and where all his wants are met. But, of course, things aren’t quite what they seem. This wasn’t a new favorite, but it was a fun little novel to zip through. I definitely recommend it to those looking for some lighter horror