This post contains affiliate links; if you use these links to make a purchase, I may earn a commission. Thanks for reading!

The people who need to read this the most are those whose minds will be most closed to its message. That being said, I appreciated the macro-to-micro approach Oluo took with each chapter of this. She chose a topic, spoke about it on a broad scale, and shared individual instances of each. I learned SO much through this; from the storied history of football to the origins of the SATs. Oluo’s writing is conversational and easy to follow; this isn’t a dry history book by any means. I think its greatest downfall will be its lack of hand-holding — if you don’t already understand the downfalls of white supremacy to some extent, Oluo’s unapologetic and self-assured tone (fully warranted, by the way) is unlikely to convince you. Sadly, the truths in here will seem impossible to many, who will run away with their fingers in their ears finding it impossible to believe there could be this level systemic racism even though segregation just barely ended.

This post contains affiliate links; if you use these links to make a purchase, I may earn a commission. Thanks for reading!

In I’m Afraid of Men, Vivek Shraya reflects on her experiences from being “sensitive” and feminine boy who learns to perform masculinity through her adulthood as a transgender woman. She explores how her relationships to and perceptions of men have changed with a bluntness that is educational to those who may not have experienced the intersection of misogyny, homophobia, and transphobia that she has faced. This is an incredibly compelling set of essays that force one to examine how they may be complicit in the ongoing oppression of others.

She describes how carefully her life must be navigated, how she often goes out in public dressed as a man to avoid violence, how she will remove her makeup before leaving a show she’s performed at, how her boyfriend sometimes accompanies her as a bodyguard of sorts. She reflects on how this anxiety, this terror, has weathered her body and her mind:

My fear of men… both protects my body… and erodes it… I have been stricken with numerous freak pains… that practitioners are unable to explain or cure. When they suspiciously ask me, ‘Are you sure nothing happened? You didn’t fall somewhere?’ I want to respond, ‘I live in fear.’

As she reflects on her experiences with men, she notes the women in the background. The girlfriend of the classmate who spit on her, who giggled instead of stopping him. A friend at a bar who told her she should be flattered when she was repeatedly groped. Cisgender women who dismiss her stories of transmisogyny, assuming the oppression they face is the same that she faces. Women with internalized misogyny who continue to tear down other women. As she recounts them, she adds “I’m also afraid of women.”

Shraya’s essays provide unique insight into how boys are socialized and how expectations of masculinity can be damaging, both to boys and men and the people they interact with. She also shares how dangerous life can be for men who do not adhere to our expectations for masculinity as well as for transgender women. This was a short, informative read that I highly recommend. I would love to see a full memoir from Shraya someday and will keep my eye out for more of her writing.

A Lab of One’s Own by Rita Colwell, PhD and Sharon Bertsch McGrayne
To be published by Simon & Schuster on August 4, 2020
my rating: DNF
Goodreads avg: 3.75 (as of 2020-08-04)
disclaimer: I received an advanced copy of this book from NetGalley and the publisher in exchange for review consideration. All of the opinions presented below are my own. Quotes have been taken from the advanced copy and are subject to change upon publication.

i really struggled with the writing in this. i don’t think it was particularly bad, but really felt like it was rushing through things. while the timeline was somewhat linear, following Colwell’s career, it also branched off haphazardly to describe other scientists and events. this might mesh better with someone more strongly interested in the history of the field and who is more familiar with the names mentioned. it also honestly felt more like a summary of Colwell’s resume than anything else, like she was trying to go down a list rather than provide an actual narrative. while easy enough to read, i just didn’t really find it engrossing at all.

Girl Made of Stars by Ashley Herring Blake

For readers of Girl in Pieces and The Way I Used to Be comes an emotionally gripping story about facing hard truths in the aftermath of sexual assault.

Mara and Owen are as close as twins can get, so when Mara’s friend Hannah accuses Owen of rape, Mara doesn’t know what to think. Can her brother really be guilty of such a violent act? Torn between her family and her sense of right and wrong, Mara feels lost, and it doesn’t help that things are strained with her ex-girlfriend, Charlie. As Mara, Hannah, and Charlie come together in the aftermath of this terrible crime, Mara must face a trauma from her own past and decide where Charlie fits into her future. With sensitivity and openness, this timely novel confronts the difficult questions surrounding consent, victim blaming, and sexual assault.

As I said in the brief, one-sentence review I managed to spin out immediately after finishing Girl Made of Stars: This is one of the most painful, difficult reads I’ve ever experienced, and it still managed to end on an empowering, hopeful note. It’s been on my radar for a while now and I just hadn’t gotten around to it yet. I was actually picking up another book from the library for a buddy read that I’m doing when it caught my eye. I spontaneously snatched it up and I’m so, so glad I did. I think it was truly the perfect time for me to read this book.

I wish I could take a picture of myself right now, so I can remember this fiery girl, hold on to her.

It’s difficult to know where to begin with a review like this. First and foremost: take care of yourselves, loves. This is about the nitty gritty of rape culture, the many ways in which women can be both assaulted and undermined. It’s about the guilt, and the uncertainty, and the grey areas of being a survivor, as well as the difficulty of learning that someone you trust isn’t as safe as you thought they were. I managed to finish it in one evening, but I had to put it down a couple times to just take a spin around the apartment to get my head out of the story. Ashley Herring Blake writes a world that feels so real and is so easy to live in, that it grips you in a deeply emotional way.

Everything is handled so beautifully in this book. In addition to focusing on rape culture and survivors, the main character also deals with sometimes crippling anxiety and PTSD. She’s also bisexual, which is mentioned explicitly on-page (as a bi woman, I was extremely excited about this), and her best friend/ex is genderqueer (this is the only rep I can’t speak to personally, but I’d be happy to share ownvoices reviews if y’all have any). There are also some great scenes where actively asking for consent is demonstrated and emphasized, which I’m always a huge fan of seeing (particularly in YA).

For all the girls whose names I’ll never know.

Girls made of flesh and bone.

I can’t even get into everything this book manages to explore, but somehow it does it all without feeling like the author is trying to pack too much in. I went through the full gamut of emotions while reading this. I spent the last half an hour of reading just sobbing in bed, but that was in part because I felt so validated and loved and understood. If you can manage the content, I cannot recommend this book highly enough. It was truly a beautiful, if difficult, experience and deserving of so much support and recognition.

Thanks to the publisher and Netgalley for giving me an eARC in exchange for my honest review.

Would You Rather? is a lovely memoir about a woman who grew up in a sheltered, moderately conservative area coming to terms with her sexuality. The reason this is so revolutionary is because, as Katie herself says, there are so few widespread stories about adults realizing they’re gay. So many people say that they always knew, it leaves little room in the narrative for people like Katie, who didn’t always know. Overall, it was an enjoyable read that I’m glad I picked up! My only complaint was that it does meander at times and that the end kind of trails off for me instead of ending strongly. 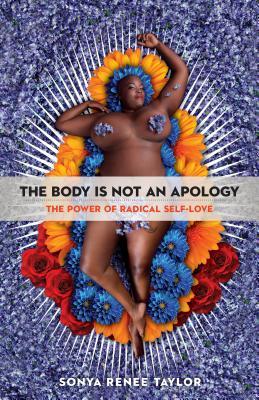 The Body Is Not an Apology

Systems [of oppression] do not maintain themselves; even our lack of intervention is an act of maintenance.

This was a nice read that focused on what Sonya has dubbed “radical self-love.” The messages embedded in it are deeply important and focus on breaking down “the belief that there is a hierarchy of bodies.” It was quite inspiring to read and made me want to work harder on changing the belief systems cemented within our culture. At times, the book felt a little too structured and, well, self-help-y, but it wasn’t really much of an issue. It’s also an extremely fast read. All-in-all, I’d definitely recommend this book as a jumping off point for leaning more into body positivity.

Children of Blood and Bone

This pretty much lived up to the hype for me and I’m really glad I picked it up! I don’t remember the last time I lost myself in a book like this, I ended up reading for 3 hours straight to finish it and I literally couldn’t put it down. The half star loss was because it took me a bit to get invested in the characters. But once I did, ooooh boy, I was INVESTED. Highly recommend.

(All covers courtesy of Goodreads.)