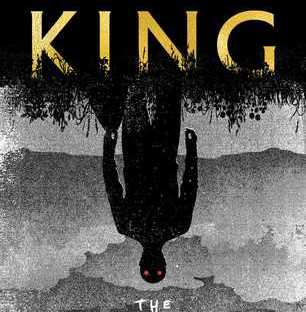 disclaimer: I received an advanced copy of this book from NetGalley and the publisher in exchange for review consideration. All of the opinions presented below are my own.

I kept trying to push myself to pick this up, but just couldn’t press any further. The writing leaves a lot to be desired; I didn’t feel engaged with the content at any point. It really felt like the author was just regurgitating info they found online, and jumping from topic to topic without much of an idea of where they’re going.

There were several points at which I had to wonder how much independent research they had really done. One of these involved a quote from Elisa’s tumblr, where some thought she could have been commenting on graffiti from the roof. But I recognized it right away — it’s literally a quote from the Game of Thrones books. Could she have just been reading asoiaf? Yes! There’s no way for me to know whether the author knew this but either they intentionally left it out to make it look like Elisa had written it herself or they didn’t do the bare minimum of research it would take to realize this was a popular quote from a popular book series.

Regardless, I just didn’t feel like putting time in energy into reading a book I wasn’t at all enjoying.

cons:
-biphobic mc; assumed another wlw must be a lesbian and later said that she thought her ex (who she had dated for YEARS) who left her for a man was just a straight woman looking to experiment with “a dyke”
-the premise itself didn’t make that much sense to me (two people obviously into each other decide to fake date instead of just… dating)
-using an abusive stalker ex for drama
-mc has a homophobic teammate for ?? no reason, just more drama i guess even tho nothing comes of it
-editing issues (inconsistent timelines, mixed up names, etc)

This was a really great read, especially after I struggled so much with Mr. Mercedes. We run into just a couple of the same issues — namely, King’s obsession with Holly taking Lexapro (yes, Holly makes an appearance!). It was kind of funny to see Holly saying she absolutely could NOT drink because of her Lexapro when just about everyone I know who is on it drinks to no ill effect. Regardless, I thought this was a pretty clever way of doing the shapeshifter trope. As I began it, I thought “wait, how is he going to do this in a creative way?” but he really pulled it off. This was quite the spooky read and I had to put it down a few times while reading it alone at night. My only real complaint is that things kind of fell apart in the finale and I felt dissatisfied at the ending. Regardless, I highly recommend this but do be forewarned that there are major spoilers for the Bill Hodges trilogy. While it is not necessary to read the trilogy before this, do NOT read this first if you do plan to read the trilogy.