Hi everyone! I decided to try a new thing here: every so often I’ll post particularly funny or entertaining Letterboxd reviews from movies I’ve seen recently. If you’ve never heard of Letterboxd, it’s like Goodreads but for movies (feel free to add me if you’d like!) and there are plenty of interesting reviews. I’ll usually sift through them after seeing a film, which is how I got the idea to share them! A lot of these reviews will have spoilers, so feel free to skip through only to films you’ve already seen if you’d like to avoid being spoiled.

Note to self: Do not make plans with anyone during celestial events

a really great who donut film

We Need to Talk About Kevin 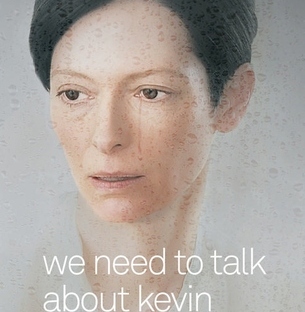 That neither nature nor nurture bears exclusive responsibility for a child’s character is self-evident. But generalizations about genes are likely to provide cold comfort if it’s your own child who just opened fire on his fellow algebra students and whose class photograph—with its unseemly grin—is shown on the evening news coast-to-coast.

If the question of who’s to blame for teenage atrocity intrigues news-watching voyeurs, it tortures our narrator, Eva Khatchadourian. Two years before the opening of the novel, her son, Kevin, murdered seven of his fellow high school students, a cafeteria worker, and the much-beloved teacher who had tried to befriend him. Because his sixteenth birthday arrived two days after the killings, he received a lenient sentence and is currently in a prison for young offenders in upstate New York.

In relating the story of Kevin’s upbringing, Eva addresses her estranged husband, Franklin, through a series of startingly direct letters. Fearing that her own shortcomings may have shaped what her son became, she confesses to a deep, long-standing ambivalence about both motherhood in general—and Kevin in particular. How much is her fault?

We Need To Talk About Kevin offers no explanations for why so many white, well-to-do adolescents—whether in Pearl, Paducah, Springfield, or Littleton—have gone nihilistically off the rails while growing up in the most prosperous country in history. Instead, Lionel Shriver tells a compelling, absorbing, and resonant story with an explosive, haunting ending. She considers motherhood, marriage, family, career—while framing these horrifying tableaus of teenage carnage as metaphors for the larger tragedy of a country where everything works, nobody starves, and anything can be bought but a sense of purpose.

Well, this was dark as hell. I think I had a general idea of what We Need to Talk About Kevin was about before going into it, but I had no idea the extent to which it would go. It’s formatted interestingly: a woman’s letters to her ex-husband exploring their past together, primarily her relationship with their son. Unfortunately this format didn’t work especially well with the writing style — it’s simply not believable to think someone would write letters like this — but ultimately did work extremely well in conveying what it was trying to convey.

I knew this about myself in advance, too: that I was just the sort of woman who had the capacity, however ghastly, to rue even so unretractable a matter as another person.

There was a lot to say about gender roles and expectations surrounding women, particularly the pressures to have children and how the experience is built up to be so much. There’s also some decent commentary on how women can be treated less like people and more like property once they become pregnant. The main character is clearly following the script she feels she should, rather than building the life she wants to. There’s also plenty of commentary on nature vs nurture that I won’t even begin to get into.

A boy is a dangerous animal.

If unlikeable characters are not your deal, you will not like this book. Eva herself is absolutely insufferable: she’s condescending and rude, and even though you root for her to a certain extent and see what she’s seeing, it’s easy to see her husband’s perspective as well. On the flip side, Franklin is a terrible husband. My internal monologue was saying “girl, dump him” the whole time I read this. He’s sexist, controlling, and completely stops seeing his wife as her own person. Please, do not even get me started on Kevin. It’s clear from the outset that he’s not a character we will like.

“You know, it is different when it’s yours. You can’t go home.” Indeed, my yearning to go home had grown recurrent, but was most intense when I was already there.

My biggest issue with this was that the first quarter or so felt dry as hell. While I understand why the slow buildup, I just kept waiting for something to happen. Once the ball gets rolling, though, this is pretty packed with underlying tension and had me waiting on the edge of my seat for what I knew was coming. There were a few moments where I actually brought my hand to my mouth in horror: not because Eva explicitly announced some terrible event, but because she hinted to it so subtly and clearly that it hit even harder. The subsequent descriptions weren’t nearly as impactful as the quiet reveals themselves.

Kevin was a shell game in which all three cups were empty.

I haven’t seen the movie so I can’t make a comparison, but this is one heavy and gripping piece of literature. I assume there’s no way the subtleties and introspective details of this novel could be translated to film, so I’m expecting a more surface-level story once I do watch the adaptation. Regardless, I definitely recommend this to those who feel they can work through the more dense literary fiction to get to the thriller within.